Ajax defender Matthijs de Ligt has compared himself to Barcelona’s Gerard Pique in terms of his style of play. The Netherlands international has been strongly linked with the Catalan giants since the summer and the teenager has now fuelled more speculation by citing that Ajax and Barcelona play a similar kind of football. 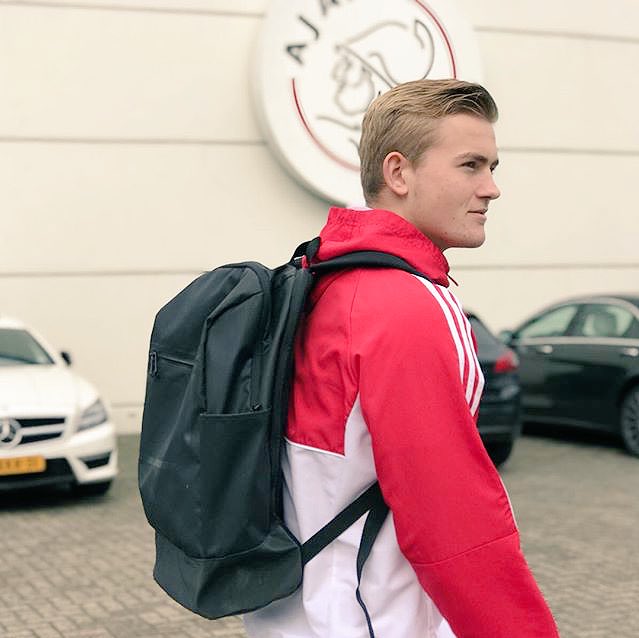 In an interview with Sport, the Dutch teenager said: “I am similar to him [Pique. I like to carry the ball out from the back. Defensively I am strong and, like Gerard, I also started as a midfielder. “Ajax’s style of play is similar to Barcelona’s. High press, a high defensive line, and a high level of ball possession.”

The Blaugrana were widely tipped to pursue the upcoming Dutch star during the summer transfer window but a move never materialised before the deadline. However, the gossip regarding the youngster’s future has failed to cease and of late, the Catalan giants have been deemed to be considering an approach at the turn of the year.
“The Spanish giants are already without Samuel Umtiti after another setback on his knee injury“ and this appears to have intensified the pursuit for a new recruit, given Thomas Vermaelen has yet to recover from a hamstring injury of his own. Nonetheless, any deal appears far from happening at the moment and “they may require high“ negotiations skills from super-agent Mino Raiola this winter, if they are to convince Ajax to part ways with the promising centre-back.

Ajax have been making steady improvements with their academy recruits over the past few years and the current campaign has witnessed them reach the round of 16 stage of the Champions League for the first time since 2006. Meanwhile, Barcelona are going through their usual proceedings with just a single point behind leaders Sevilla in La Liga, but they are sure to need defensive cover at the turn of the year with Gerard Pique and Clement Lenglet being the only fit centre-backs at the moment.